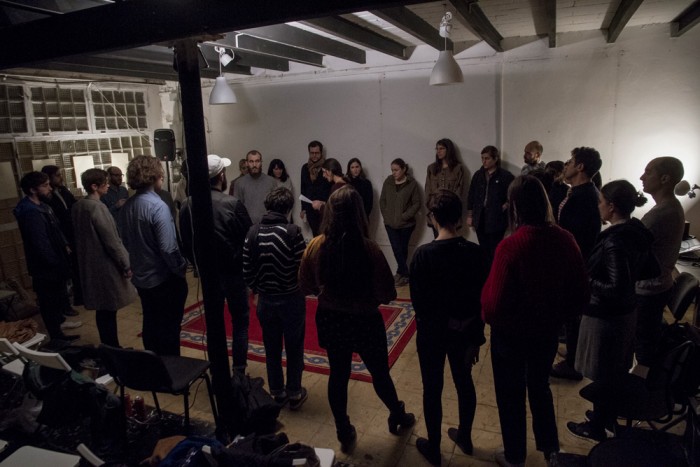 Una tanca, un tapís is a textual weaving composed by two alternating narrative strings. On one hand a description of an assault on a motte-and-bailey castle depicted in the Bayeux Tapestry and on the other a series of paraphrases from philosophers Manuel Delanda and Emmanuel Levinas, historian Jacques Le Goff and architect Gottfried Semper. The performance takes place within the limits of a carpet placed on the floor, with the audience standing at its edges. The performers turn around each other while reading, while the bodies around them literally form a fence and a watchful organism. The meticulous description of the embroidered scene is interrupted by thoughts that shine an unexpected light on the epic narrative: the appearance of the bone seen a a process of mineralization that helped structure the flesh or the construction of first houses in order to form an exoskeleton that would organize the social body, among others. 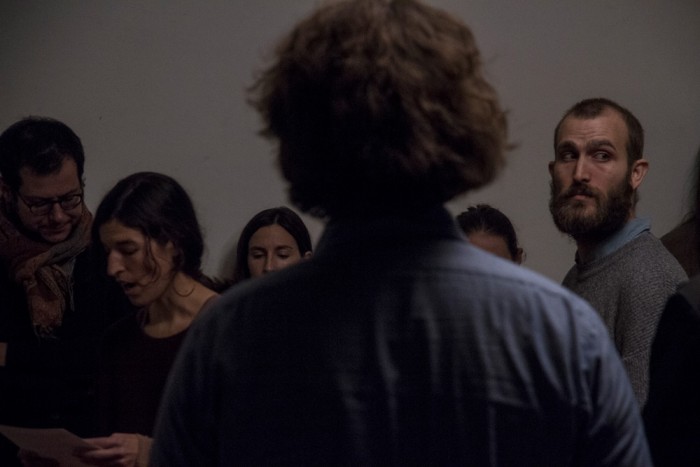 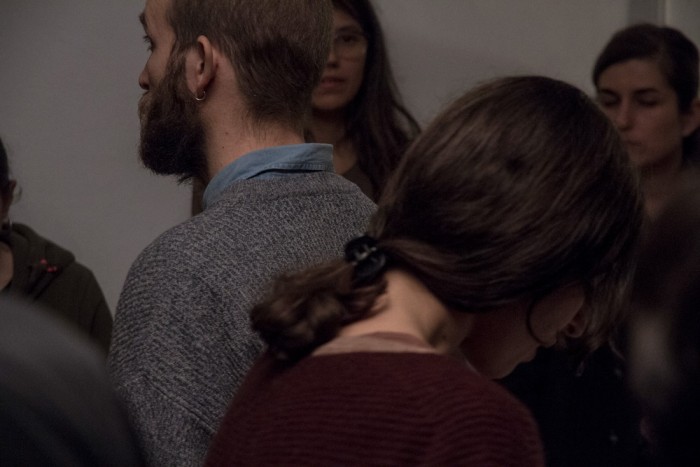 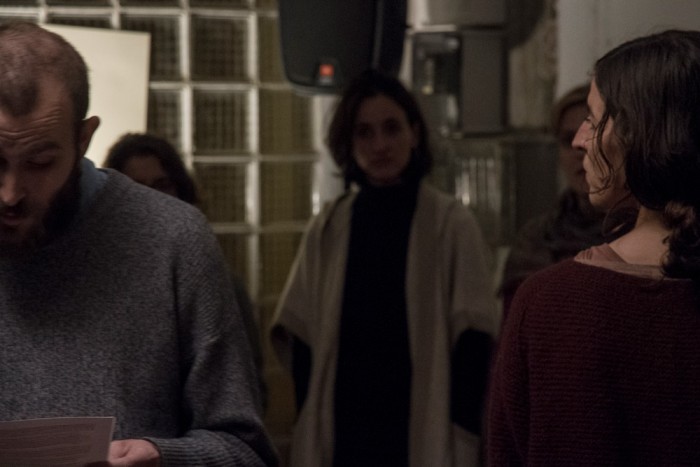 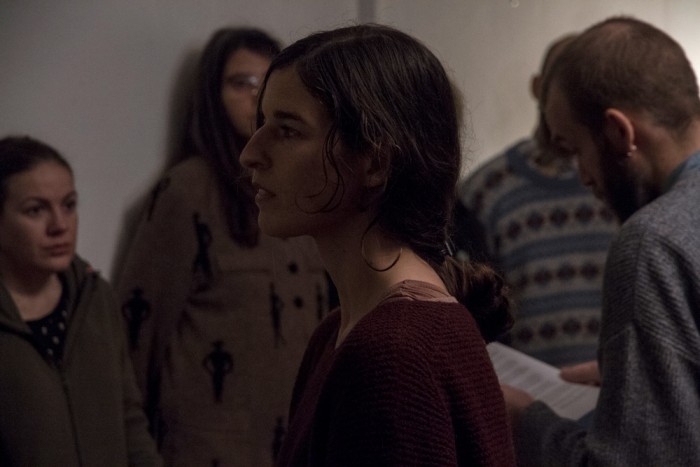 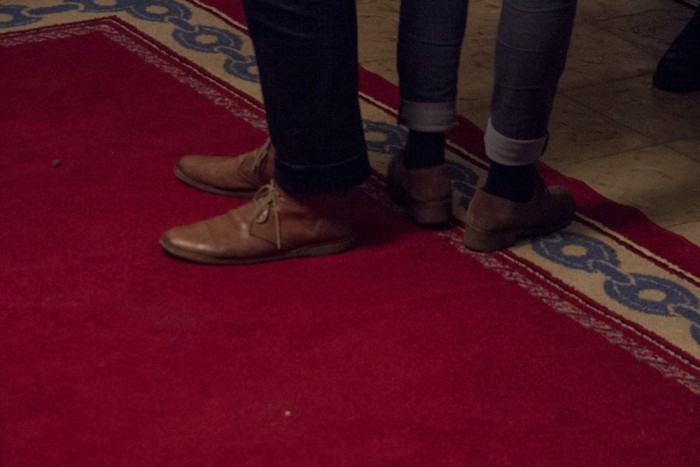 The performance is a companion to the video An Orderly Landscape (2017).

Views of the performance during the program AFTER, curated by Gris García, Sira Pizà and Ricardo Trigo for Sala d'Art Jove, Barcelona. Photos by Jose Begega