Performance, 40', 2016
In collaboration with Eulàlia Rovira and Romain Trinquand 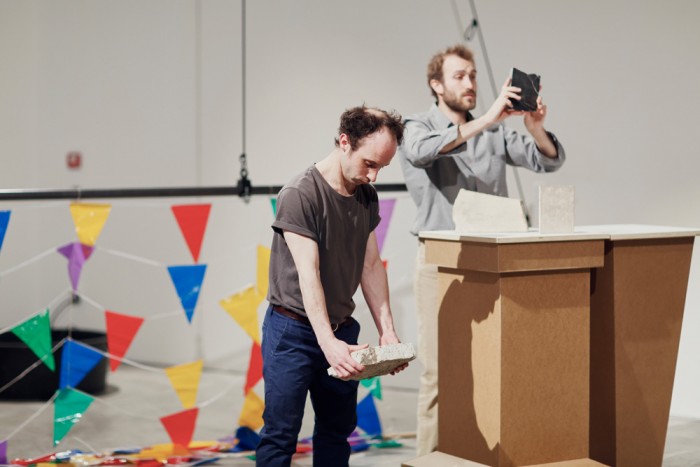 On stage nothing is fixed, not even the stones. In this ever-changing space, the two protagonists, clad in dubious monument outfits, share a common desire for running away and changing their identity. But how would you escape your destiny when it is cast in stone? Slowly, tiny epics – from a rest area parking lot to the tracks of wild animals – take over History. Rather than taking a stance on memorial debates, the performance This Year The Commemorations Won't Take Place sneaks into cracks, inviting us to take other paths in the shadows of high steles.

Performance produced in residency at Le Centquatre, Paris, 2014-2016, with the support of the NA Fund Academy. 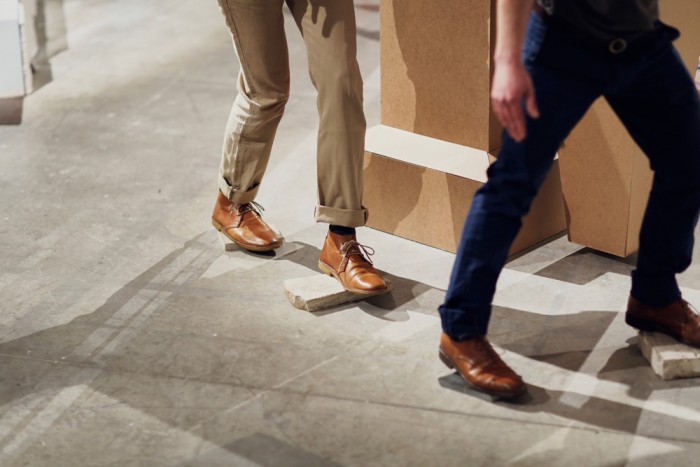 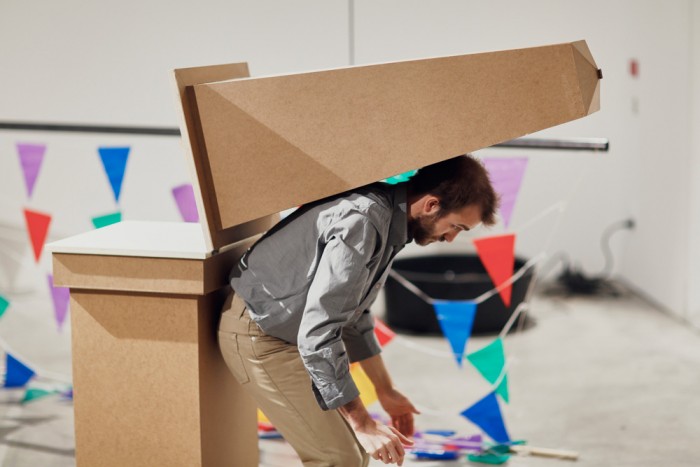 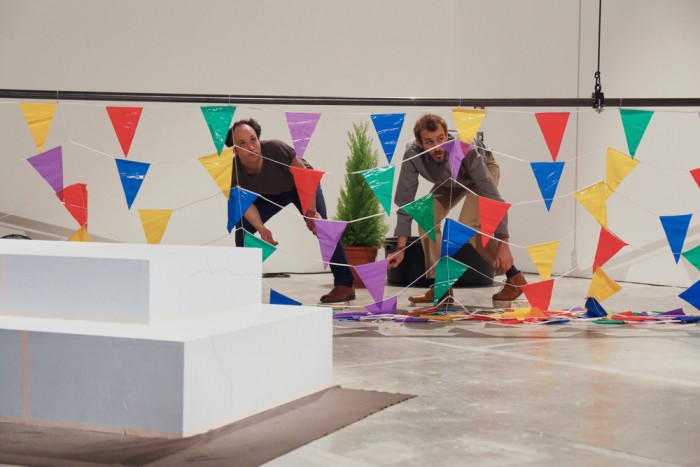 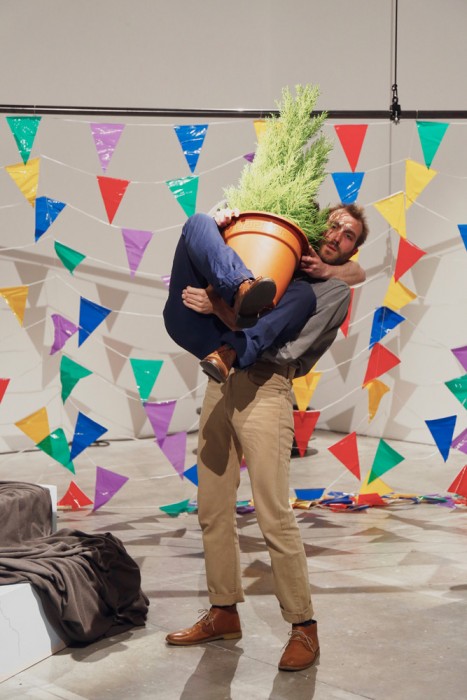 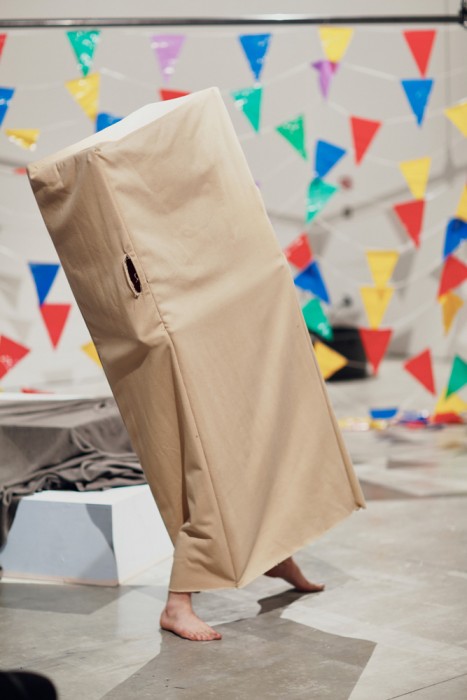 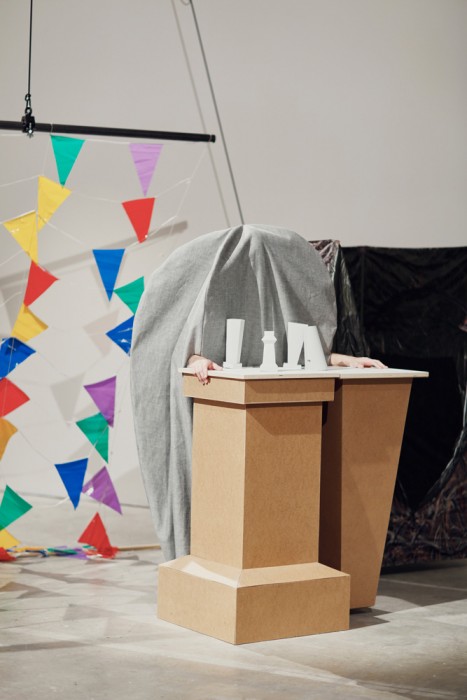