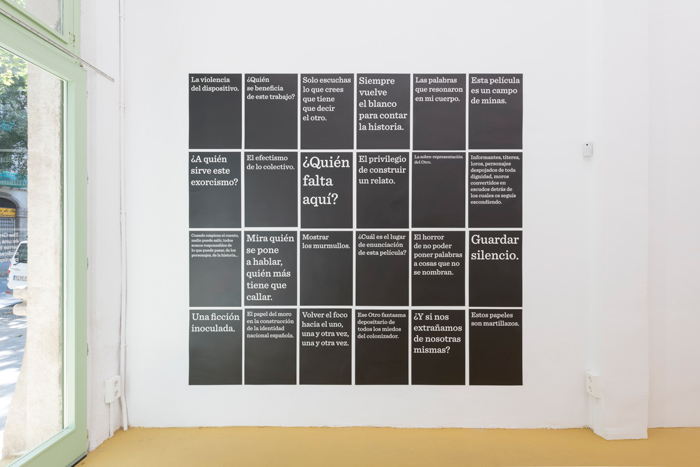 The exhibition “Los papeles (apuntes para una película)” worked as a prologue to the release of the film “Tetuan, Tetuán, Tetwan" (chapter 1, Barcelona), paying tribute to the numerous voices that have contributed critically to it's development. Going through recordings and notes of gatherings of the past three years, I edited twenty-five sentences that refer among others to speech, representation, otherness, the film apparatus and white privilege. They were printed on blueback posters, recalling both demonstration banners and silent film intertitles. On the opposite wall, partly covered Spanish colonial illustrations that relate to Morocco (“The Great Production” and “The Storyteller”) are put in relation with productions stills of “Tetuan, Tetuán, Tetwan", alluding to the dead angles of the film itself. The title of the show draws upon the double meaning of “papeles” in Spanish, which both means “papers” and “roles”. 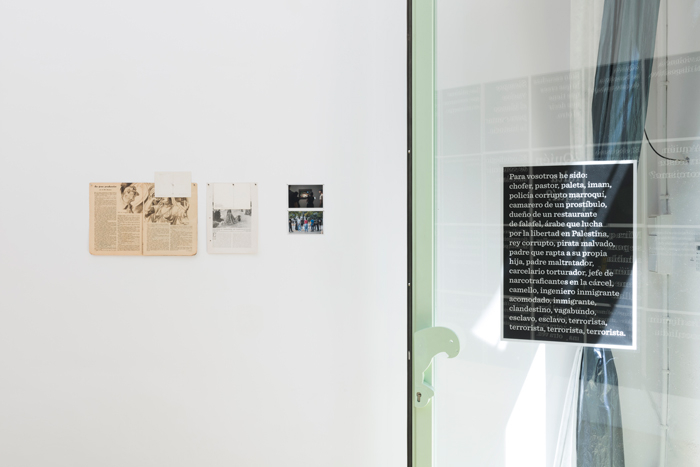 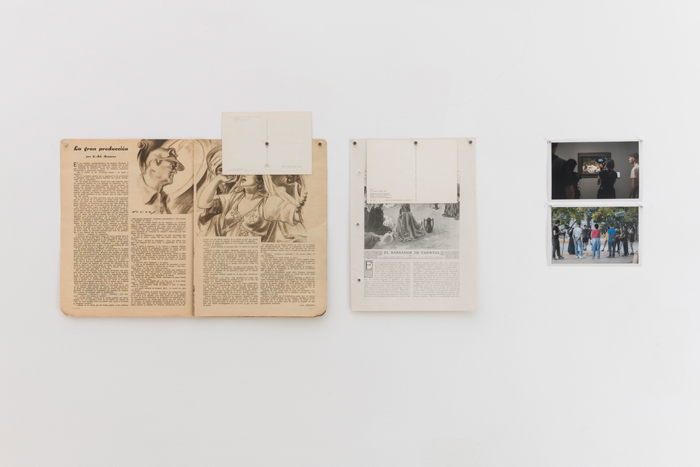 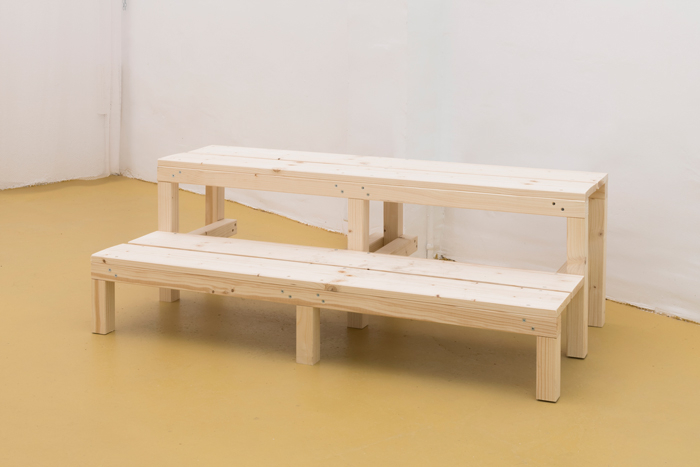 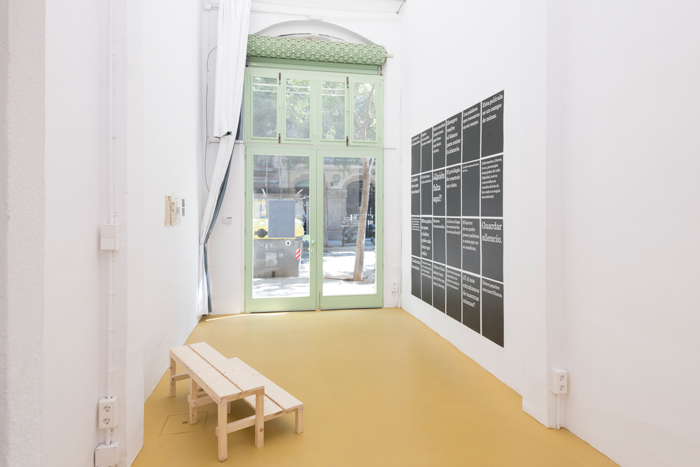 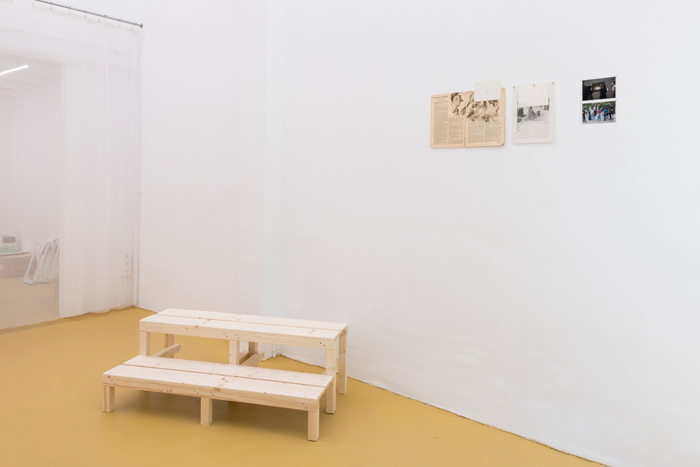 Photos by Roberto Ruiz. Following images: "Canta la pared", a conversation with actor Ali el Aziz and singer Rita El Jebari addressing the history and art of Kharboucha, a Moroccan poet, singer and activist from the late 19th-early 20th century who called for resistance to the abuses of power through her songs. Photos by Agustín Ortiz Herrera. 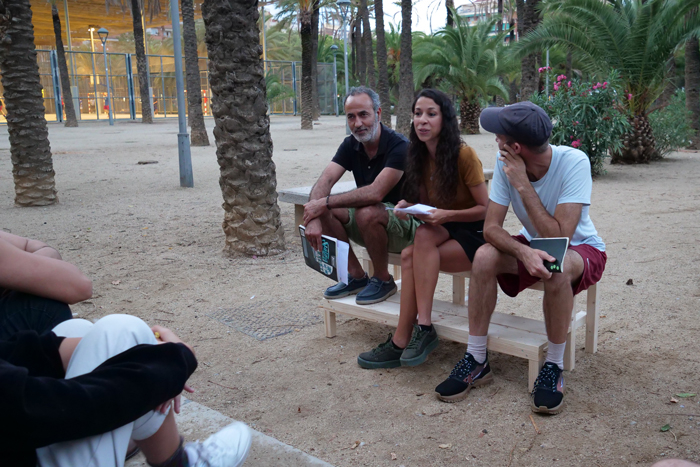 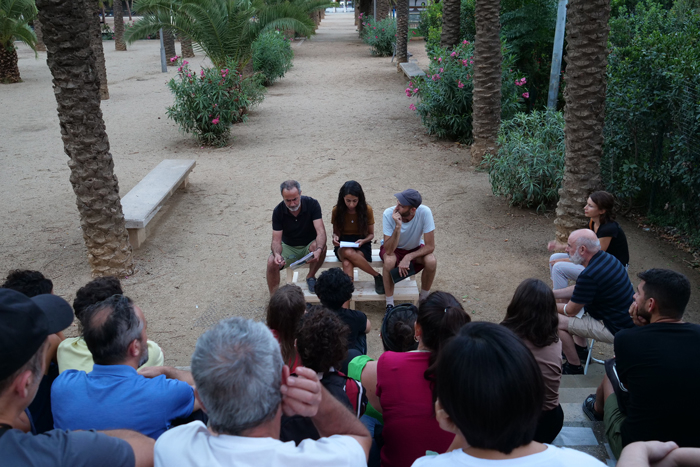 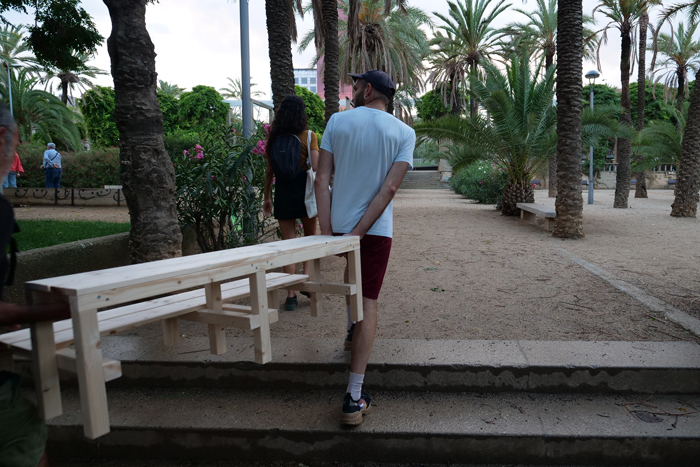 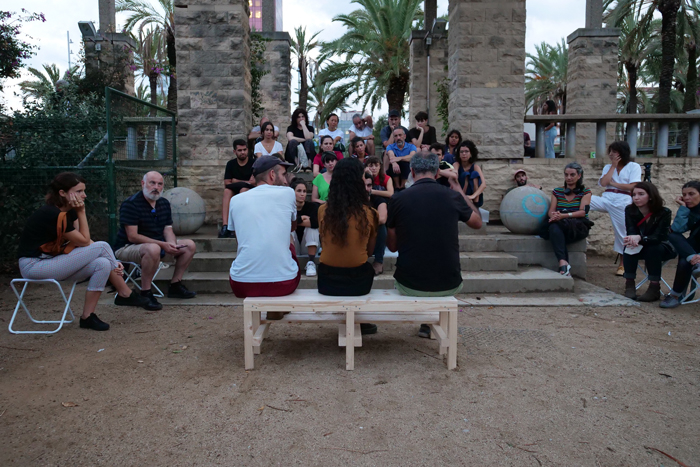 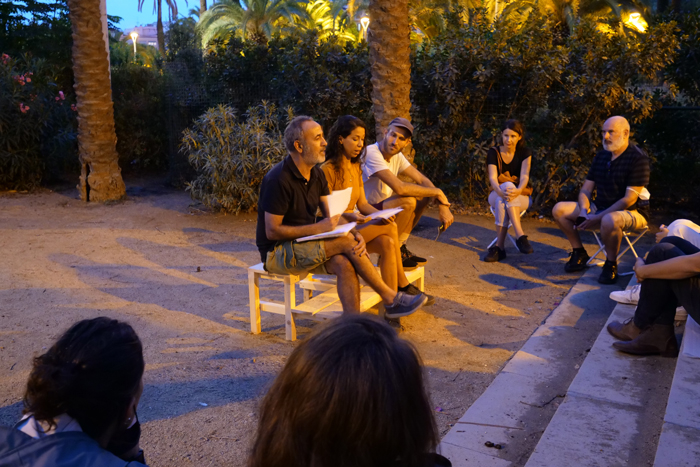