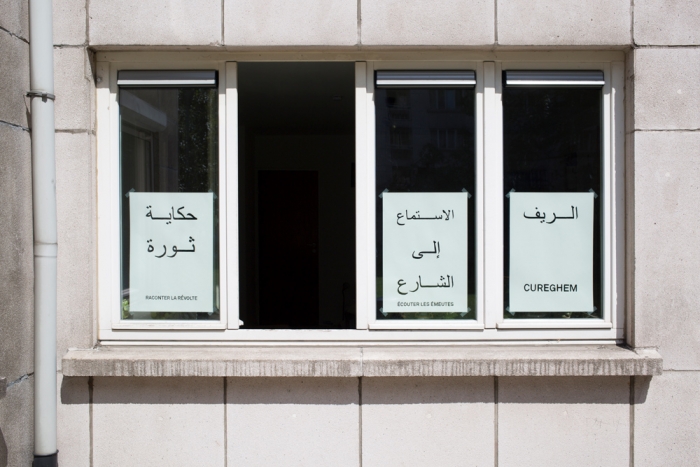 Invited to spend one month in a project-space located in Anderlecht, one of the municipalities of Brussels with the most important Moroccan community, I proposed to extend my research about the socio-cultural impacts in Europe of the colonial past in Morocco to the Belgian context. Even though Belgium was not directly involved in the so-called French and Spanish Protectorates, it benefited as early as 1912 from the flow of “colonial workers” who where sent to the mines in northern France and had also shares in the mining of the Rif region. Starting from the coincidence that the social housing complex where the residency is located was inaugurated the same year as the Rif Revolt (1958) and the fact that the majority of the Moroccan diaspora in Belgium and the neighborhood (Cureghem) comes from that area, I investigated on a local level the links between colonialism, economic growth, urbanism and the repression of popular uprisings. As the Rifans had risen up against both the colonial powers during the Rif War (1911-27) and the Moroccan government shortly after the independence, it had been in the interest of the different regimes to send potential rebels abroad while taking advantage from that workforce.

By means of a series of hand-painted posters* made with the help of Samir, a neighbor, I initiated conversations on the window sill with inhabitants of different generations who told me about history, state-violence and recent upheavals in the Rif and Cureghem, often through a biographical lens. These anonymous and unrecorded exchanges unfolded throughout the month in the community garden and around the block, accompanied by drifts in the neighborhood and further encounters in a coffeeshop, a bakery and a hairdresser. That first step of the project (to be further developed in 2021) was concluded by the lecture of a text titled Comment la mèche a pris in the courtyard.

*Recounting the revolt. Listening to the riots. Rif / Cureghem.

Initiated in residency at Château Nour, Brussels, on an invitation by Clovis XV as part of the program Perruche (Goethe-Institut Brüssel). 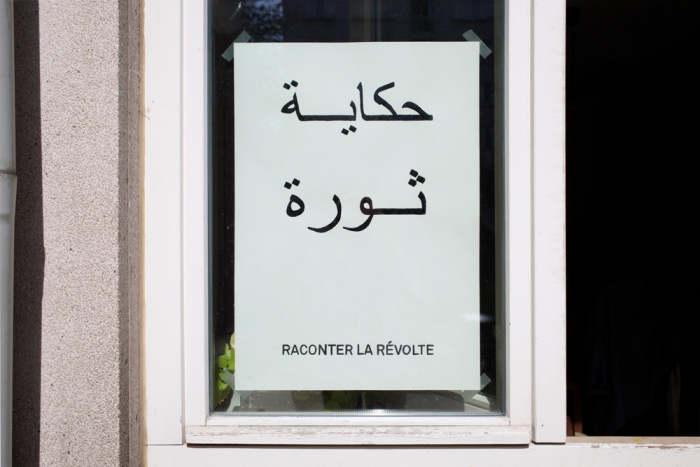 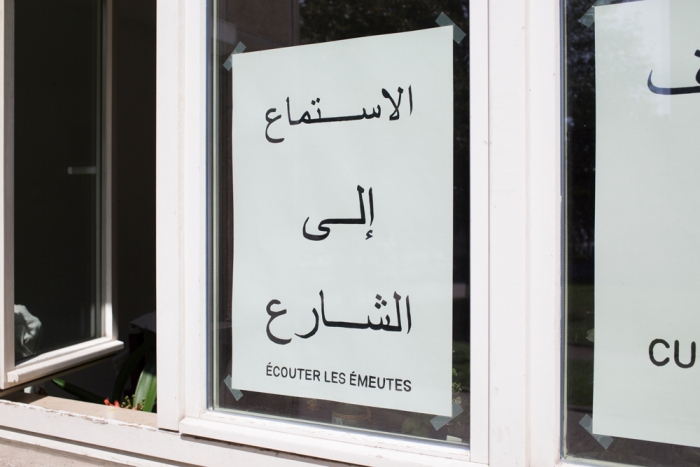 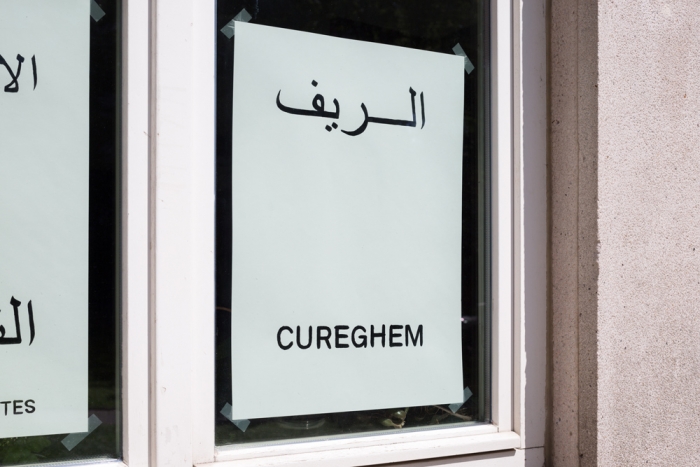 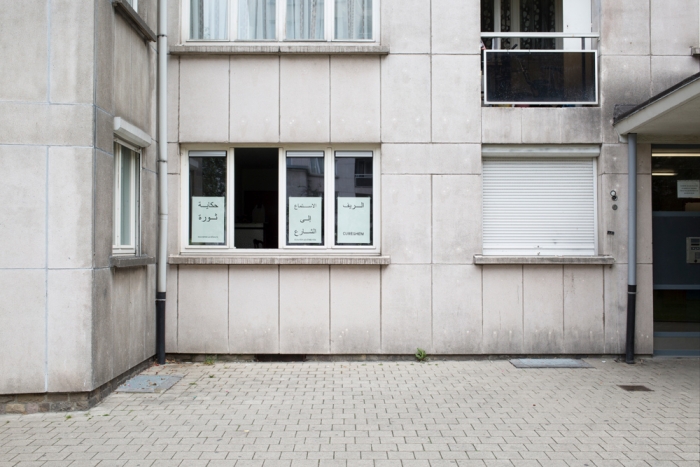 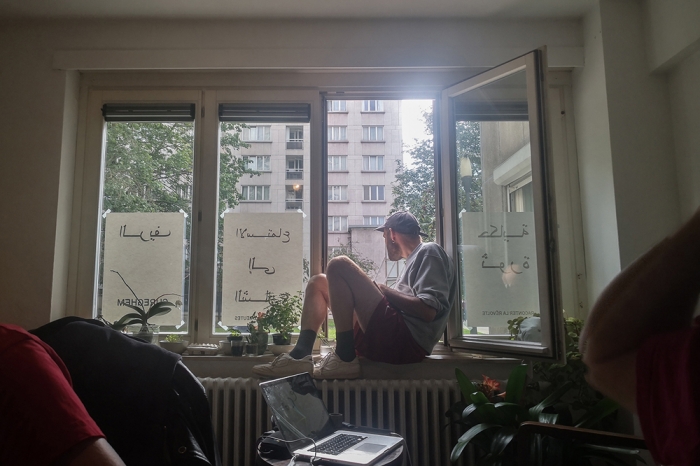 Last photo by Michèle Rossignole. Following images: selection of research photographs taken in and around the social housing complex of Square Albert 1er. 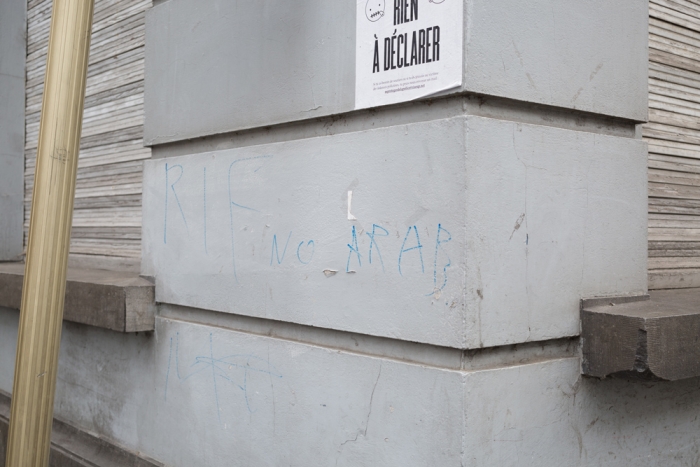 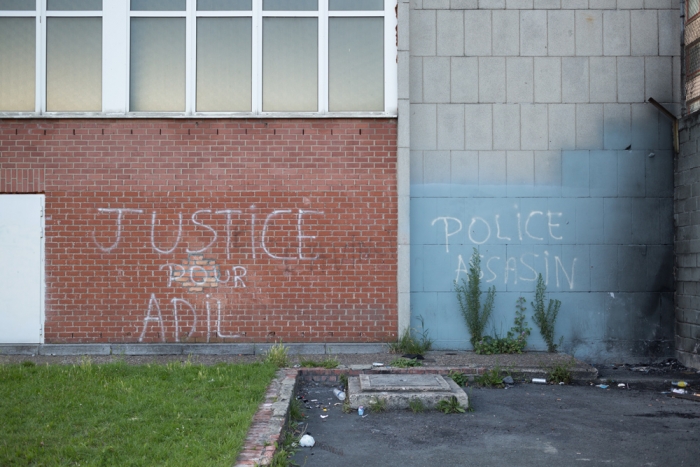 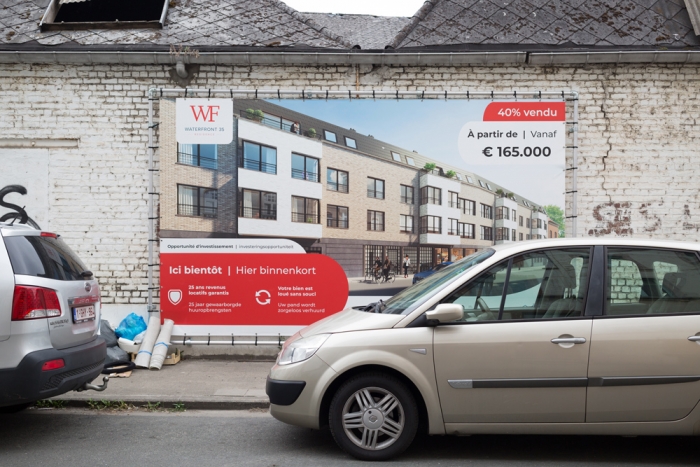 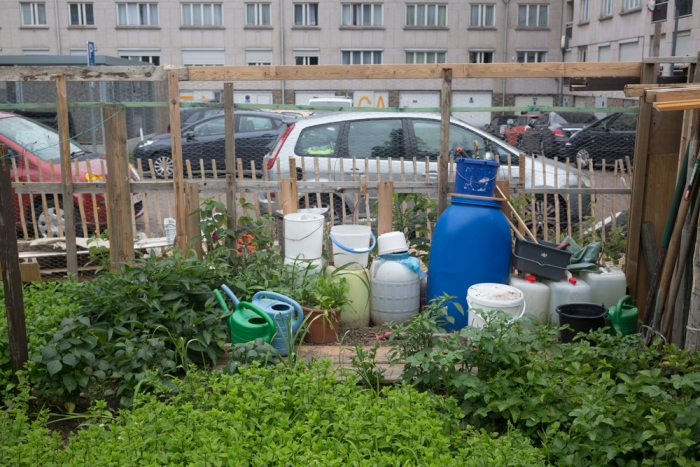